A typical Saint Bernard puppy will weigh about a pound and a half at birth and from 16 to 24 pounds by 8 wks.  From that point to about 6 mos. a growing puppy will gain about a half  pound a day.  It is very important to keep a Saint puppy lean from 8 wks until 12 mos and avoid trying to achieve maximum weight.  I recommend, as do many breeders of giant breeds, that you feed a quality adult food rather than puppy food.  This will stretch the growth over a longer period as opposed to forcing them into maximum growth rate which often leads to abnormal muscle/skeletal development.  I feed Purina Pro Plan Adult food but there are others that are suitable such as Eagle Pack, Eukanuba, etc.

In addition to keeping the puppy lean through 12 mos, it should also be raised primarily outdoors where it can get exercise on its schedule, not when the owners find time to take the puppy for a walk.  An overweight puppy raised indoors is a likely candidate for developing skeletal problems by a year of age.  A lean puppy with sufficient exercise will develop a well-muscled rear that  compensates for the mild sub-luxation common in the hips of most Saints.  The desirable result is  a long life without any of the symptoms of severe hip dysplasia common to the overweight puppy with insufficient exercise.

The galleries that follow will show pairs of photos that allow you to see what an adult looked like as a puppy.  For most of these pairs, you can see that the puppy usually shows early promise of the desirable Saint qualities realized as an adult.  I hope you find this section interesting.
Click on the photo to enlarge the image. 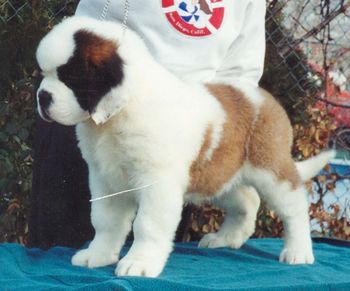 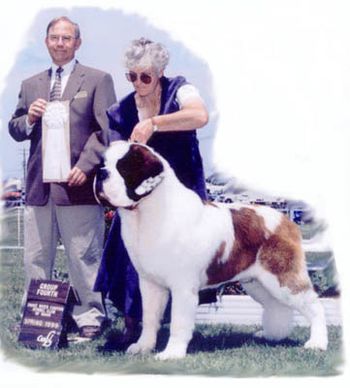 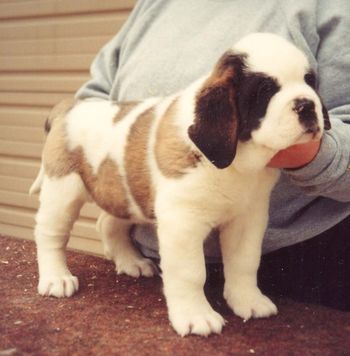 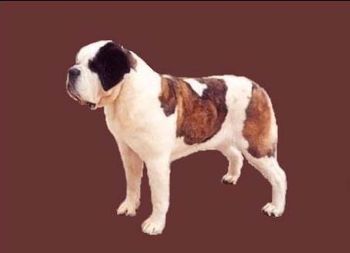 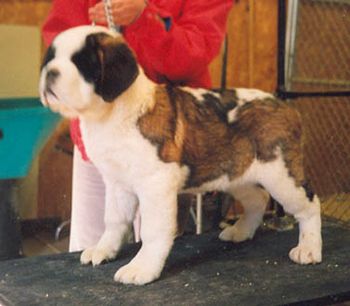 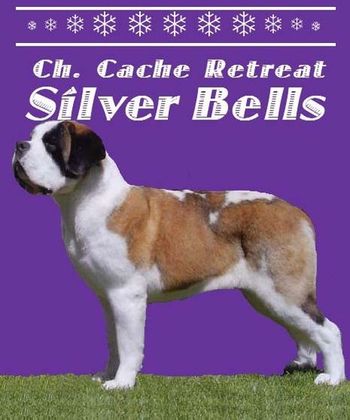 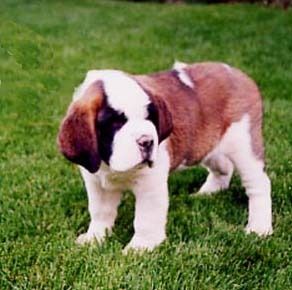 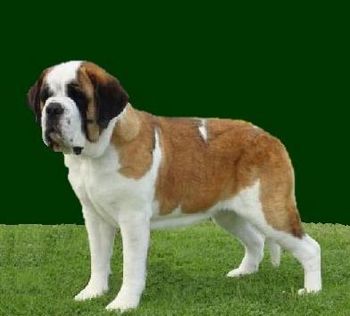